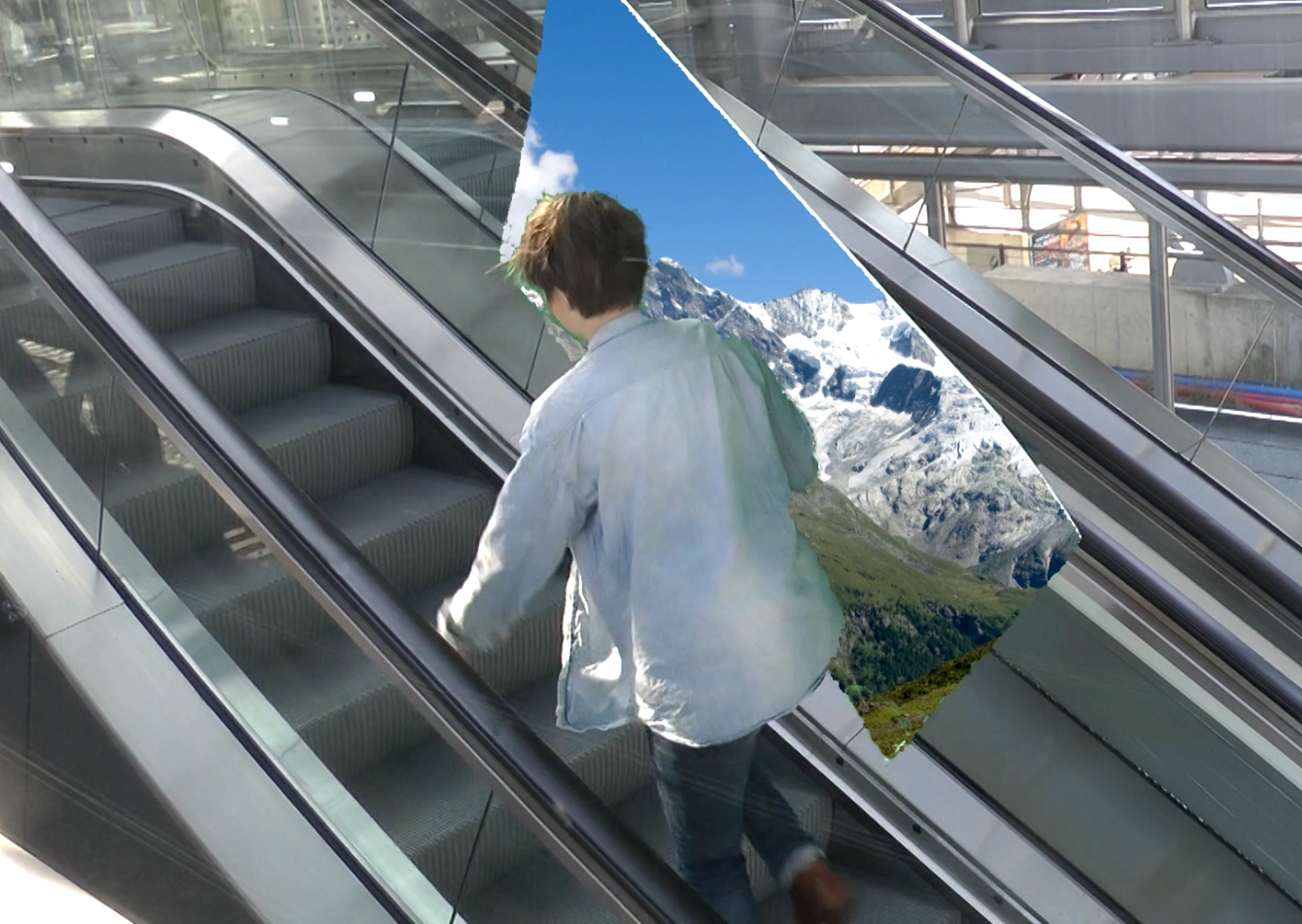 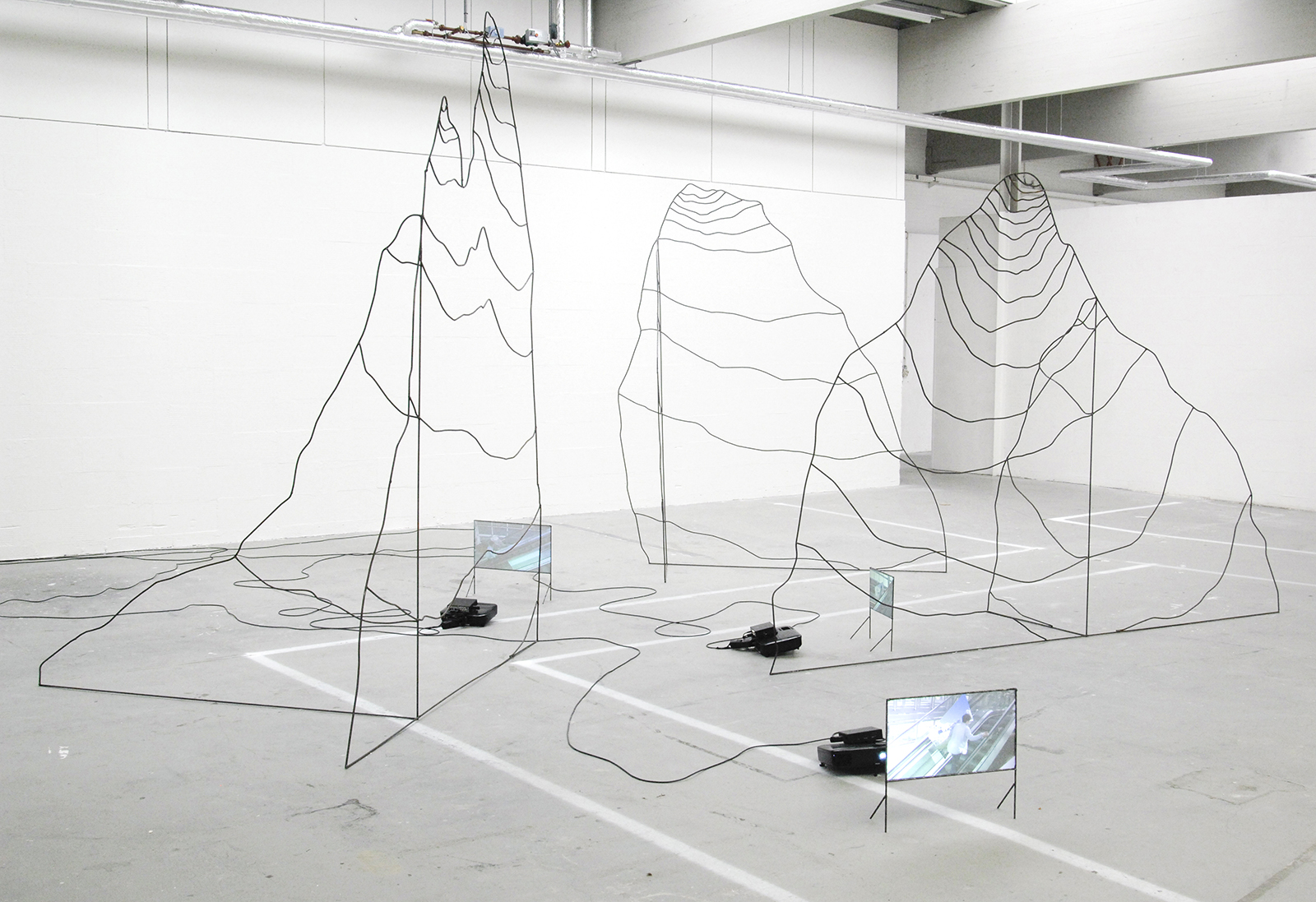 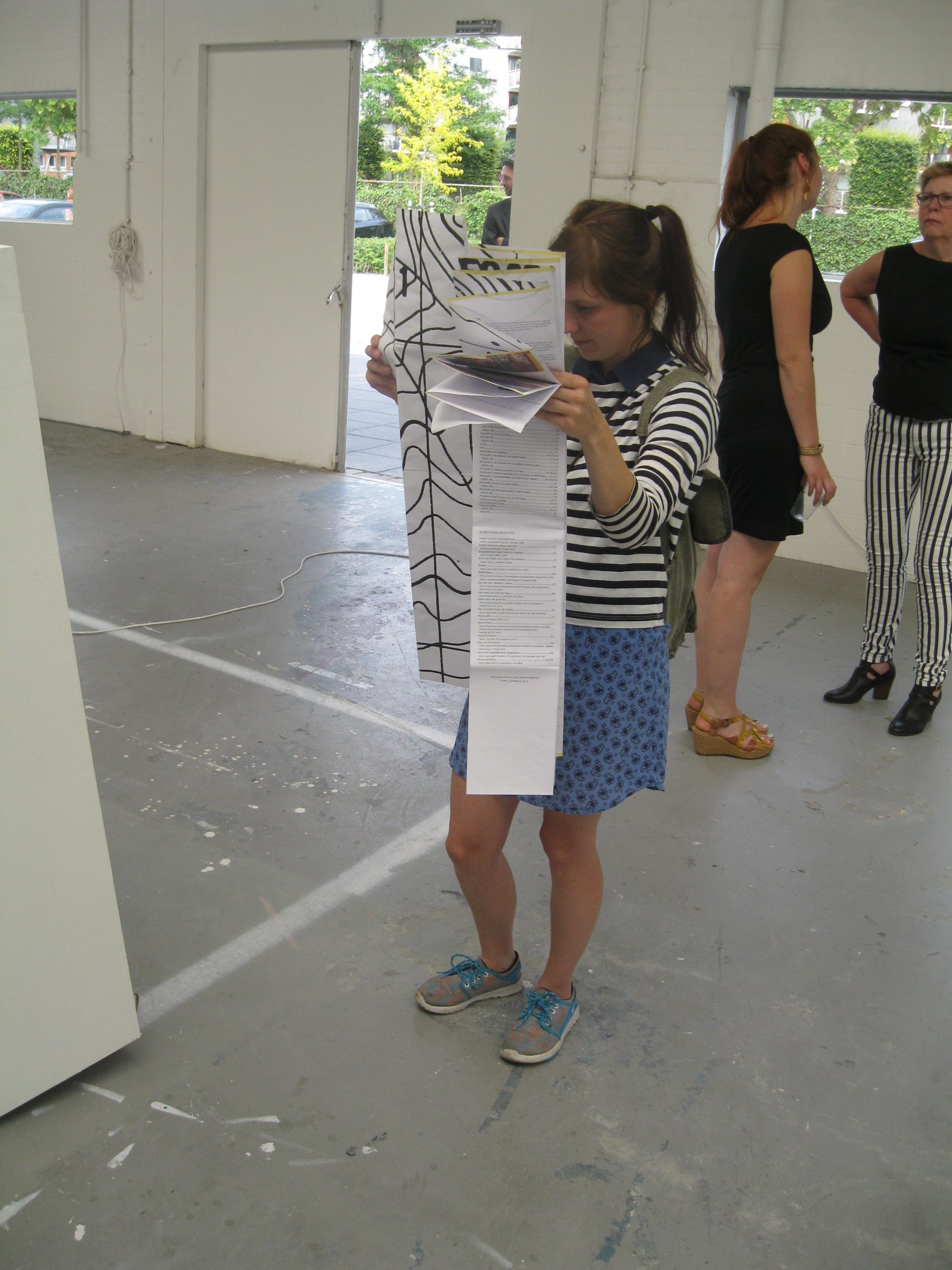 In a landscape of transparent mountains there are screens on which you can see me climbing up the rolling direction in an escalator, accompanied by a mountain landscape. Also part of the work is a map on which on one side there is a screen print of the greatly enlarged height lines of a mountain landscape and on the other side scattered over the surface short text fragments, to be read on a route determined by the reader. The excerpts are about illusions that are not entirely convincing, but also about realities that are not entirely convincing. About the impossibility of interpreting the difference between illusion and reality. The texts touch on the visual arts, literature, philosophy and current events. An important topic is morosophy: the highly individual yet steadfast belief in theories - sometimes worked out in detail - of which the inventor is usually the only supporter. (Galilei for example, he was also a morosopher when the earth was flat.)