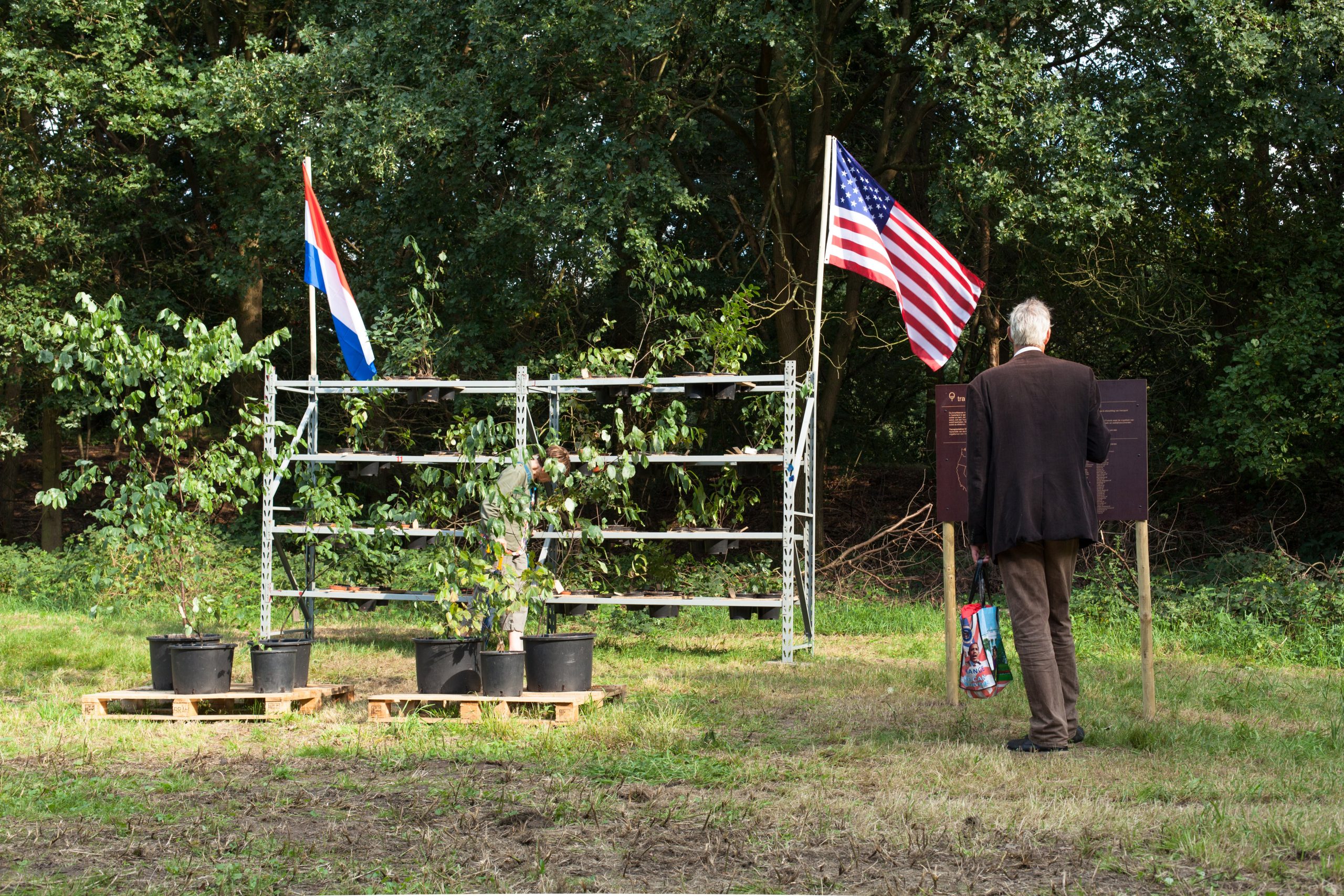 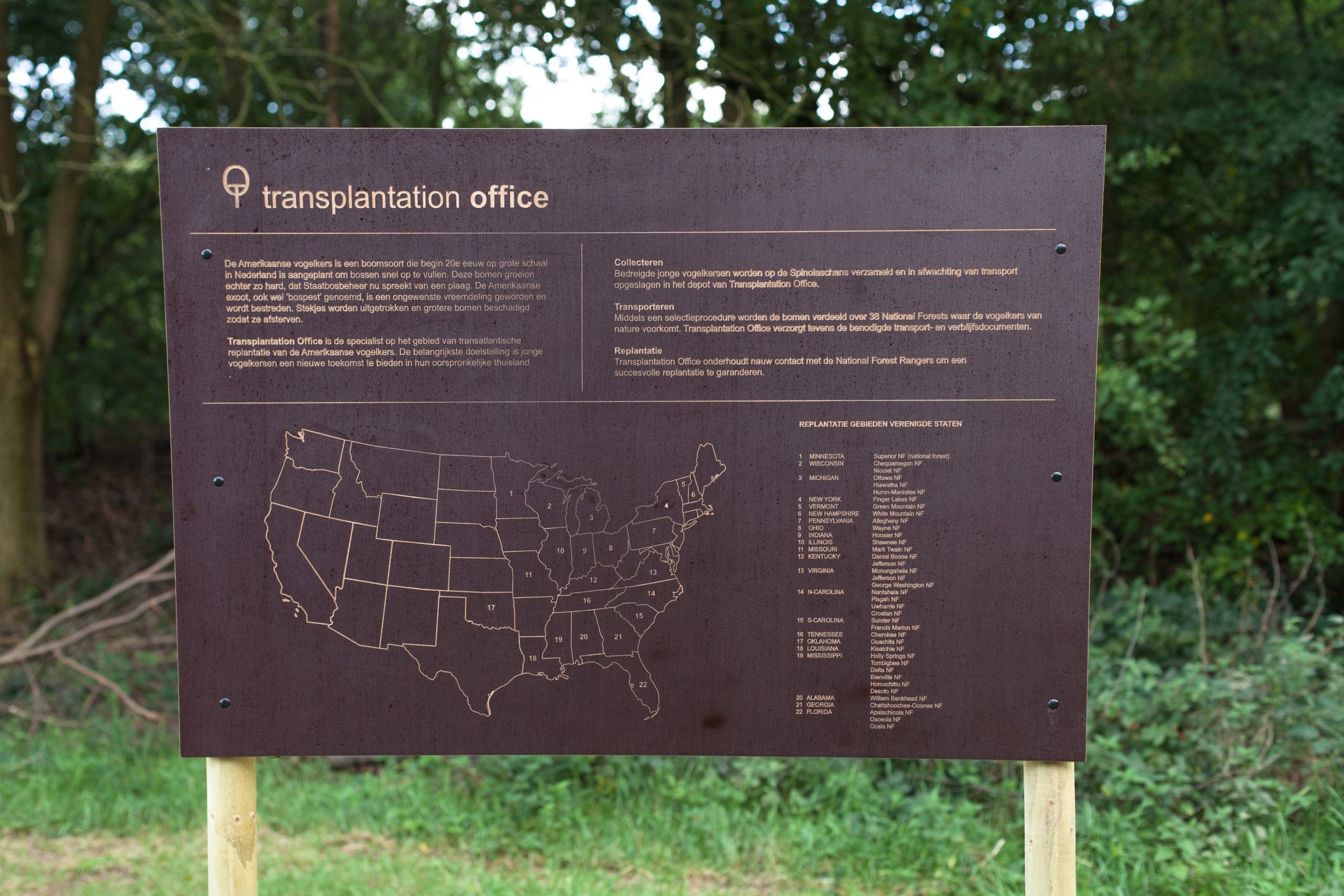 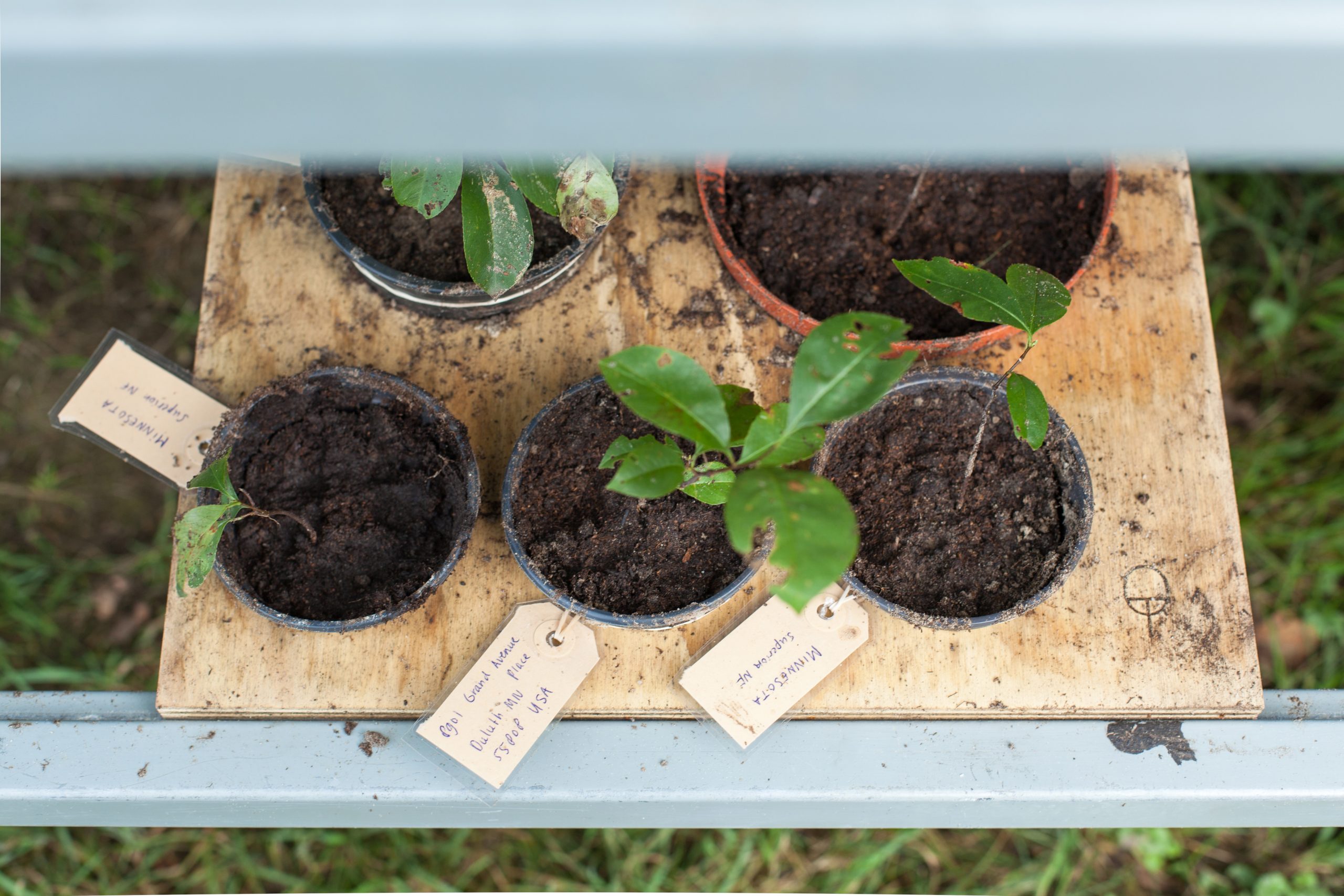 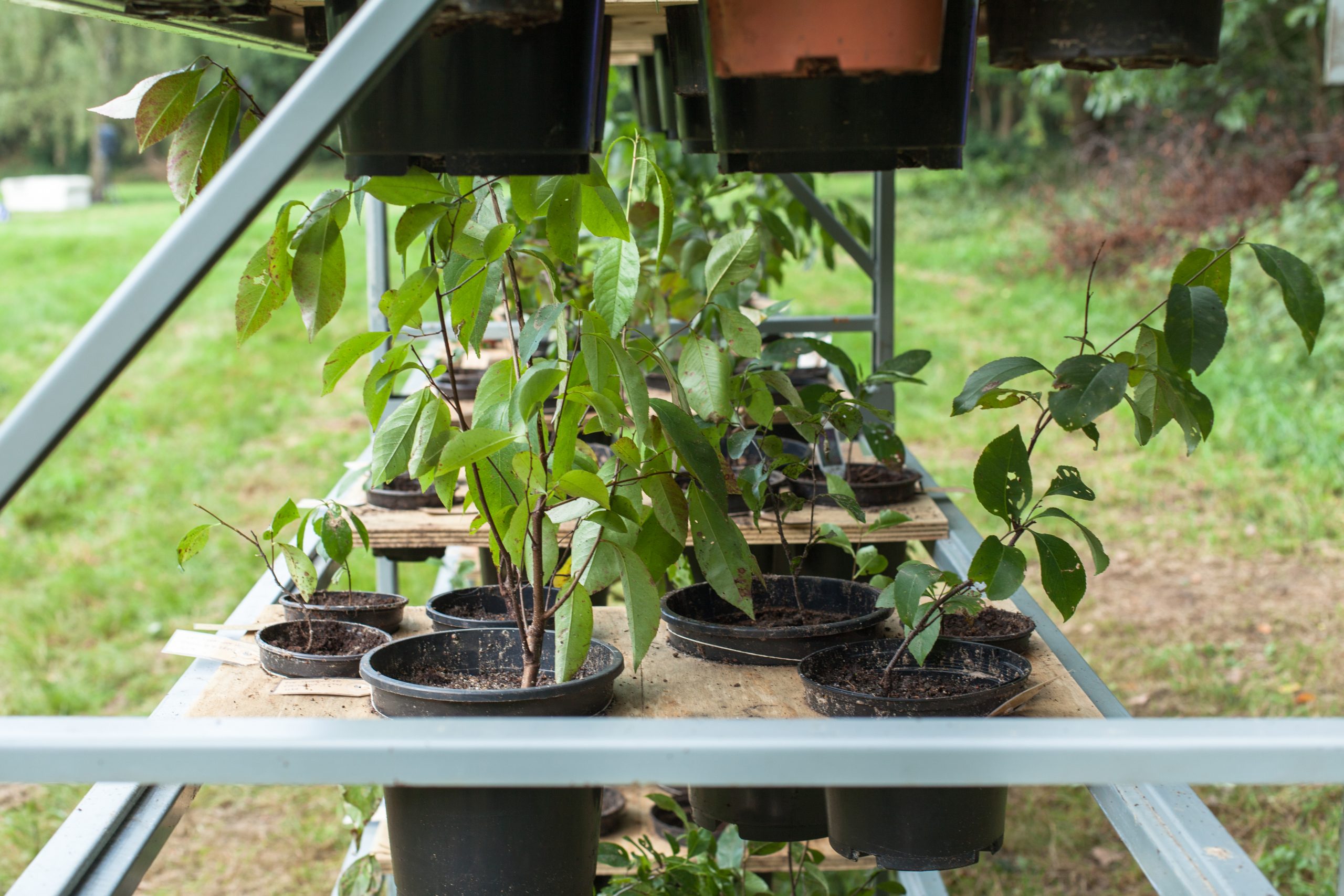 In this project, two types of invasive exotic organisms are connected by a location: the Spinolaschans near Breda. The Spaniards were defeated here in 1625 during the 80-year during war, but they received an honorable treatment and were able to leave with their heads held high. How different is the fate of that other exotic species, the Prunus Serotina or black cherry tree. This tree species was frequently planted in Dutch forests at the beginning of the 20th century, but due to its invasive behavior it rapidly was named "forest plague". At the Spinolaschans there even is a group of volunteers who try to eradicate all the young plants every year. In order to offer the black cherry tree an honorable retreat, I have set up Transplantation Office, a temporary base for the cuttings, where they can stay while awaiting their return to their country of origin. The information board gives more insight in the regions the species originates from. I've contacted several National Parks in the USA to arrange their replantation, but haven't been able to relocate any of them before Transplantation Office had to be removed.