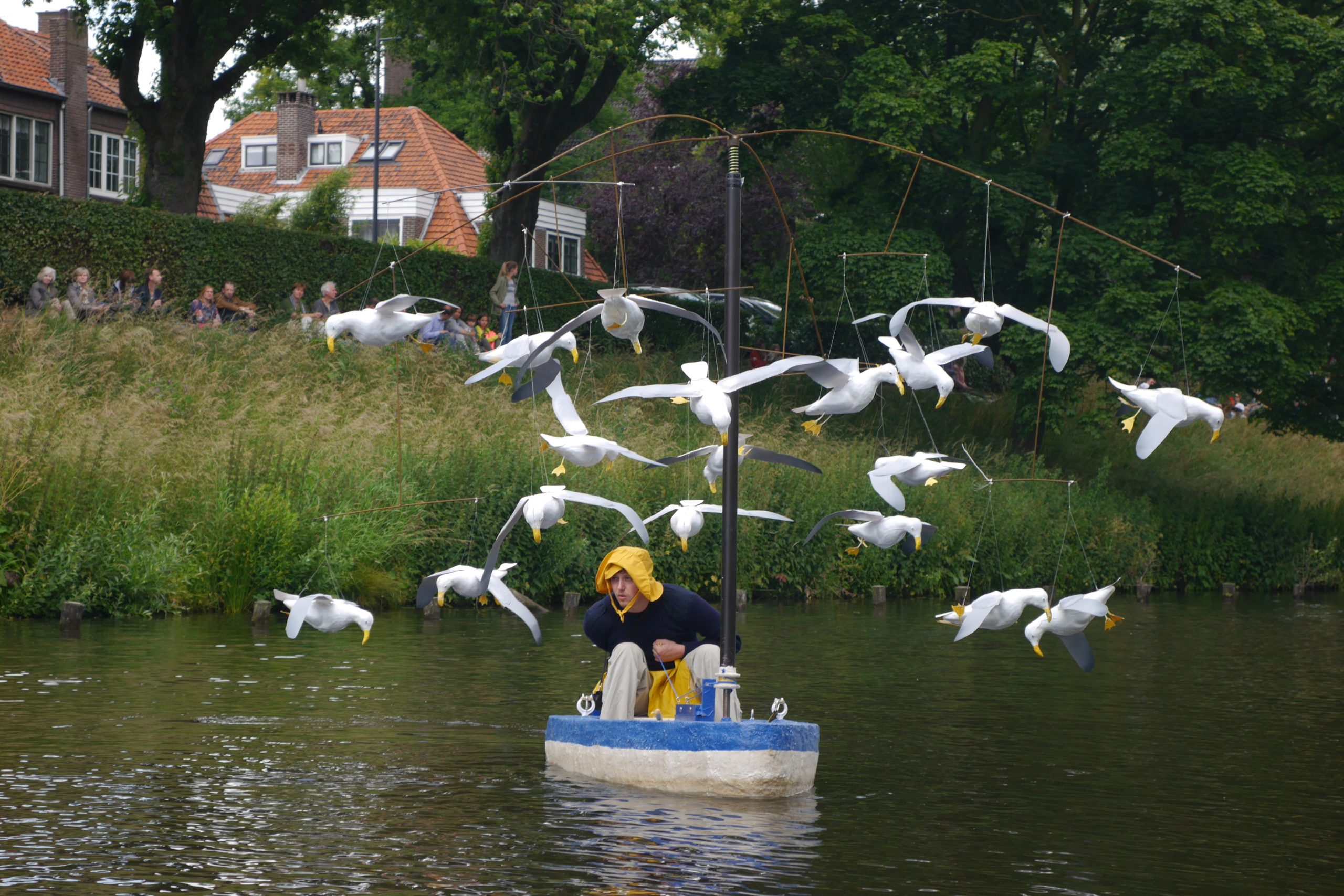 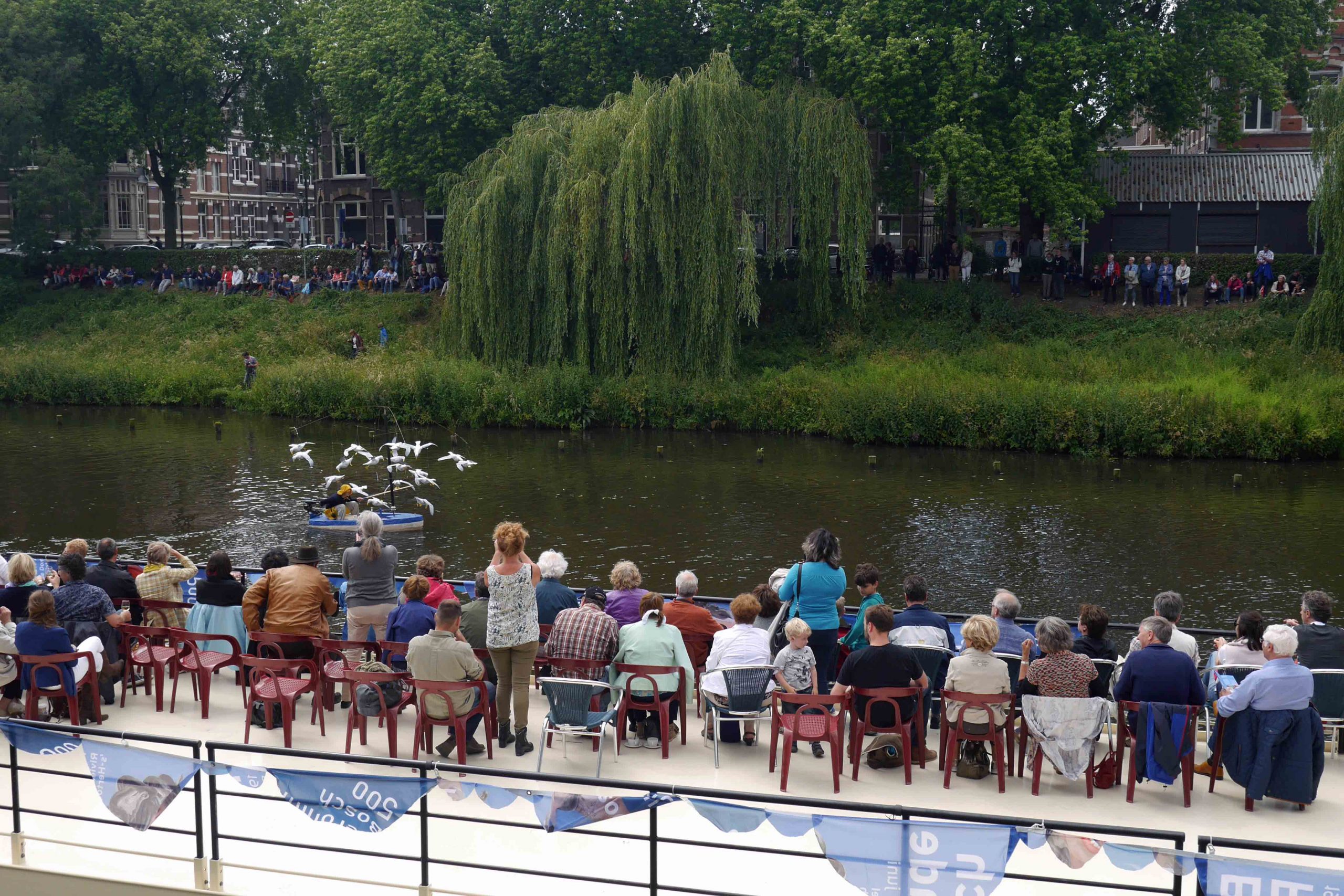 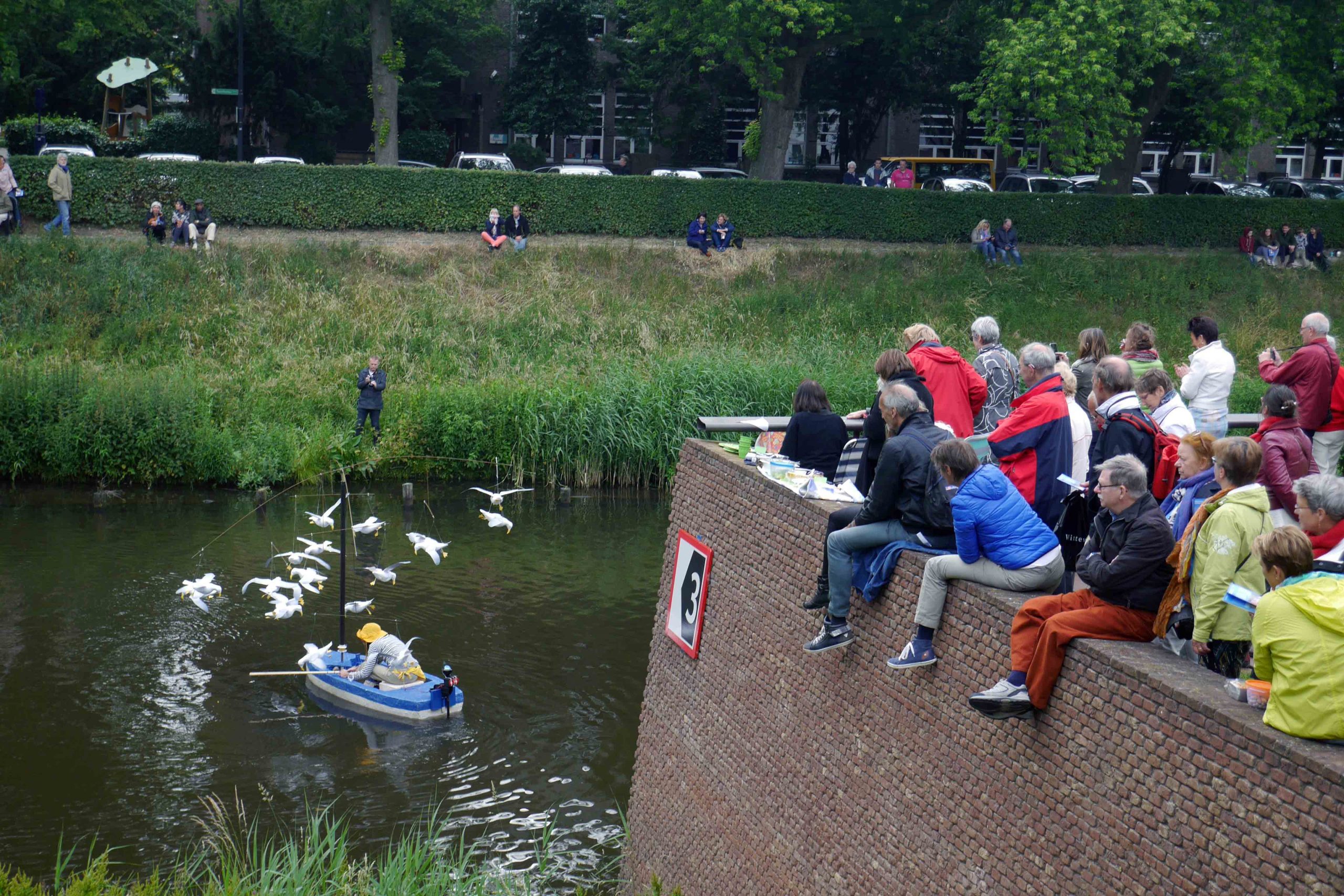 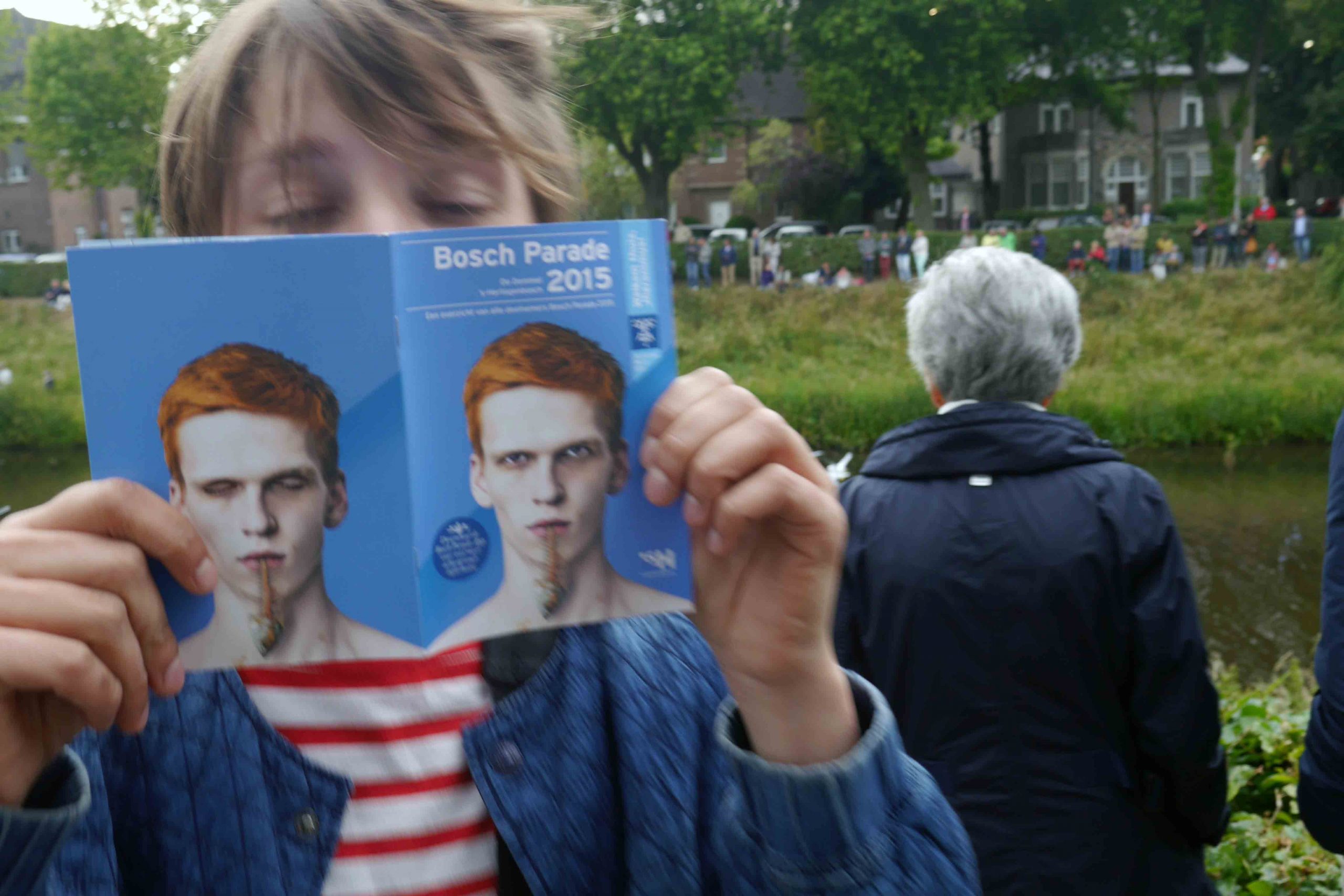 THE HAUNTED FISHERMAN
styrofoam boat with occupant & mobile with seagulls
2015

This boat was built for Bosch Parade, an annual parade on the rivers of Den Bosch. Participating artists are asked to react on the work of painter Jheronimus Bosch. In view of the often Christian and not too optimistic subjects of Bosch's work, I was reminded of the ten plagues of Egypt, where people were regularly plagued by animals. This fisherman is plagued by a flock of gulls of seagulls, which would - if he still manages to catch something - immediately steal it from his hook. In between all the spectacular floating vessels in the parade I wanted to create a small, silent image: the teased fisherman in his little boat, condemned to sit out the pointless journey.